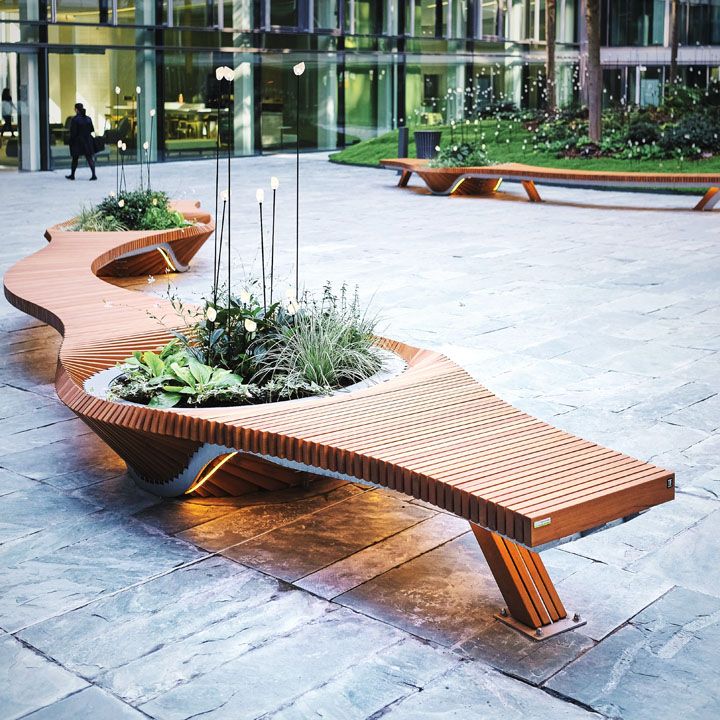 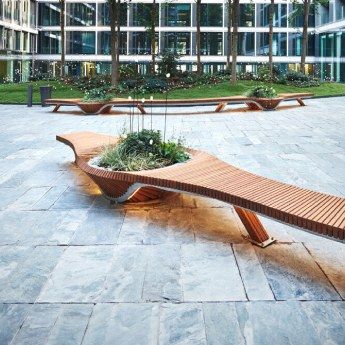 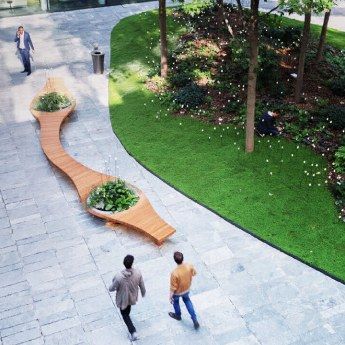 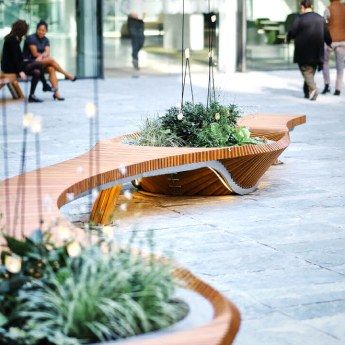 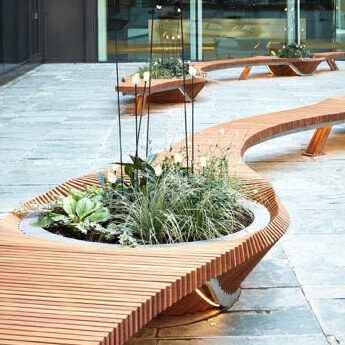 The collection of Botanic twist furniture is made of stainless steel and acacia, it is a convivial project all in curve, favoring the encounter. It presents itself like majestic bench nearly 10 m long with two planters, their watering system and led lighting.

This bench is a technical prowess. The seat seems suspended, the planter is fully integrated and the lighting of the bench is indirect. The rigidity is obtained jointly by the acacia lamella and the stainless steel frame but this technicality is totally transparent for the user; He only perceives the majestic side of the object, the quality of the materials, the comfort and conviviality that the bench brings to space.

For all your custom projects :

Alexis Tricoire graduated from ENSAD in 1994 after having attracted the attention of VIA with his pouf “Alexis’s Sister” immediately bought by the National Fund of Contemporary Art. After a master’s degree in architecture at the Art Institute of Chicago, he formed alongside Sylvain Dubuisson, Christian Ghion and Pucci de Rossi. At the same time, it is edited by Axis, Ardi, Lucien Gau, Vange, Branex.

In 1996, Alexis Tricoire created the agency Tricoire-design. He works in partnership with Epson, L’Oréal, Lancaster and creates displays for Cartier and Gilan in New York, not to mention his architectural achievements such as the Cristal d’Arc stand or the CulturesFrance reception bank.

In 2006, Alexis Tricoire signed the scenography and installations of the exhibition “Folies Végétales” by Patrick Blanc at the Espace Electra in Paris. From then on, a new turning point in his career began, thanks to which he returned to one of his first passions: the staging of nature. There followed several projects, including a club-restaurant in Brussels, an experimental platform for the Lycée horticole de Caen and an exhibition at the Jardin des Tuileries in June 2009.

All these projects are opportunities to invent new objects and installations that promote a qualitative and differentiated integration of the plant in an urban environment. 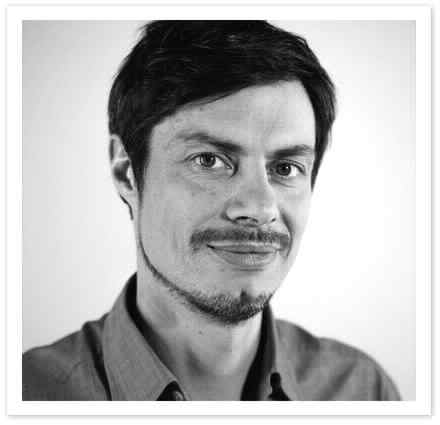 You should be interested by:
Our Street Furniture Town signage Urban Landscape

In the process of designing and manufacturing street furniture-cum-signage,
TF offers an wide scope of possibilities – implement various materials through both traditional and ultra contemporary techniques. In the end, TF work closely with different designer, respecting their creative vision and thus contributing to the overall success of their products.